What Happens When You Fall In Love With A Place

When you visit a new place, you may find yourself asking ‘what would it be like to live here?’

For many people, travel is very important to them. They place a priority not just on being able to travel regularly to visit friends and family that live in other parts of the country or world, but also on places that expand their horizons, help them decompress, reconnect with their spouse and family, or a myriad of other reasons.

Bias Alert: I encourage my clients, when they have a travel goal that is meaningful to them, to fund it. As long as the basics are being adequately funded (education, retirement, debt management), I give the green light funding the travel goal.

So it should come as no surprise, I suppose, that I also embrace travel for myself. I have explored every state, including Hawaii and Alaska, save for 7. I have visited 12 countries with, hopefully, many more in the future.

The places that I fell in love with, to the point where they became my future, were New Orleans and Seattle.

Having lived in Lafayette until I was 10 and visiting family most summers, I moved to New Orleans right after college. I loved it. I loved the social vibrancy, the culture, the heritage, the architecture, the food, the music, the total unabashed joie de vivre. Heck, I even fell in love with the sound of the St. Charles streetcar. I wanted it to be my forever home.

But it was a tough place for me to carve out a life. So I moved to Seattle the following year.

I had visited Seattle after graduating and after already accepting a job offer in New Orleans.

But Seattle hit me hard: The breathtaking natural beauty, the vibrancy of the downtown core and neighborhoods, Pike Place Market, the intellectual curiosity, the islands, all of it (and I had visited in December! So I knew about the dark and the grey).

Seattle was my ‘If New Orleans Doesn’t Work Out’ plan. I think if I hadn’t visited Seattle prior, I likely would have given New Orleans more of a chance. But I didn’t, I moved here, to Seattle.

And now I find myself having fallen hard and fast, for the third time, with a place.

Last Spring, Virgin Atlantic started flying to Seattle. You may already know this, but when an airline enters a new market, it tends to have promotional fares. And that is how I found myself buying a ticket to London for September. But once I had bought it, I quickly decided to continue on.

I had already been to London. I love London, but there are many places still on the list, so onward I went in planning out where to go.

To…yep, you guessed it (well, I gave it away): Croatia.  In addition to having a general sense of it, I had a client who went last year and couldn’t stop raving about it (not that I wanted them to).

This is how I found myself in Croatia for a week and a half. A week and a half where I felt like I had felt with New Orleans and Seattle: I fell in love with a place to such a level that it became a part of my future.

Walking onto the plane in Zagreb on my way back home, I not only knew I would be coming back but I knew when.  I am going back in May for 2 weeks and can hardly wait!

Everyone is getting sick of me talking about Croatia.

And it has only been a few months!  I do not see myself moving there permanently, as my life and practice are here in Seattle.

But, maybe, I will be able to do some extended visits. I can practice remotely for that amount of time and not have to pull up my roots here in Seattle.

The only way I am able to do this is by having practiced the same guidance I give to each of my clients: Prioritize and fund what’s important to you. Repeat until the goal is realized. 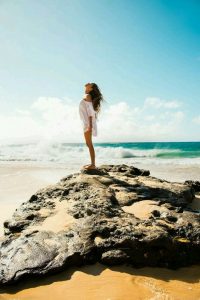